Cooperation between institutions of Lithuania and Norway 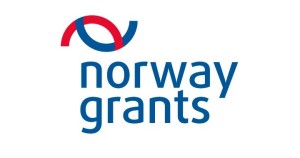 The newest Eurobarometer research shows that 29 per cent of Lithuania’s population – the highest percentage in the EU – stated that over the last year they were expected and asked to give a bribe for services.  This index in Latvia was 6 per cent, 4 per cent in Estonia and across the whole EU. High levels of corruption is nothing new in Lithuania. Everyone is always talking that it is a must to intensify the capacity of law enforcement authorities but the very first thing that we must do is to intensify the prevention of corruption and reduce corruption in the public sector.

According to Eurobarometers data, even 95 per cent of Lithuanian population assumes that corruption has widespread in their country – it is the highest percentage in EU. Only 17 per cent of respondents in Lithuania believe that Governments effort against corruption is effective. 27,8 thousand EU citizens and 7,8 thousand companies were interviewed last year during February and March, when the research was taking place.

Respondents frequently stated that Lithuania’s municipalities are severely corrupted because they give a great deal of services and that raises the risk of corruption and problems of public and private interests coordination. European money tempts workers of the public sector to break the provisions of procurement. Major procurements are great opportunities to get lots of money. The fact that from 2011 municipalities with anti-corruption programs number has risen from 38 to 53 does not mean that autonomy has started to fight with corruption more efficient. The main ways of fighting against corruption is education and prevention. If we want obvious changes, municipalities themselves have to take effort in decreasing the levels of corruption and clear up their activity, thus during the period of this project 10 selected municipalities will be experimental “clear municipalities” in which the project will continue.

The main purpose of project „Cooperation between institutions of the Republic of Lithuania and the Kingdom of Norway to transfer its knowledge and best practices in administrative-financial management level improvement as well as financial crimes prevention  in Lithuanian state and municipal institutions“ is to combine The Republics of Lithuania and The Kingdoms of Norway institutions against corruption and 10 Lithuanian municipalities into a cooperation network while trying to adopt the experience of The Kingdom of Norway against corruption in municipal institutions. This project contributes to the involved municipalities‘s workers excellence raising and to prevention of corruption in the field of education. The activities of this project promotes the creation of anti-corruption measures in local and regional levels of education, prepares specific long-term measures (technique, training guide, studies) of how to raise civil servants‘s fairness and improves public and administrative skills in state and municipal institutions in the field of corruption prevention.

During the period of the project the best practices of how to work more efficient in the field of corruption prevention will the adopted from the Kingdom of Norway and anti-corruption training will be arranged for persons from those 10 municipalities (in all 2000 participants).

This project is an exam of The Republic of Lithuania fight against corruption.

Abolishing tests and any forms of registrat...

Donation via paypal from your visitors